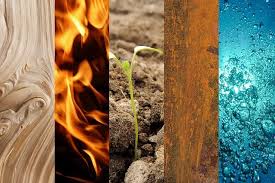 Effects of climatic and seasonal variations on doshas

Effects of climatic and seasonal variations on doshas

`Doshas’ are the basic elements in health and disease. The three doshas regulate seven `dhatus’ (tissues) in the human body as per Ayurveda. These seven `dhatus’ are `Rasa’ (nutrient end product of food digestion), `Rakta’ (blood), `Mansa’ (flesh), `Meda’ (fat), `Asthi’ (bones), `Majja’ (Bone marrow) and `Shukra’ (sperm/semen/ovum). Proper balance of the doshas leads to maintenance of the dhatus in normal condition. Health is the state of balanced doshas and proper condition of dhatus. The effects of various types of foods on doshas have already been described in good detail, but the great science of Ayurveda is comprehensive and complete in that it succinctly describes all other environmental factors which affect doshas. Climatic variations are the factors affecting doshas which shall now be discussed. In various different climates- Summer, Spring, Winter etc. doshas undergo accumulation, peaking or recession. The human diet has got to be regulated accordingly in various different climatic conditions for keeping proper health and fitness.

This dosha begins accumulation during Summer, peaks during rainy season and slowly recedes till winter when it is at its lowest ebb.

`Pitta’ begins accumulation during rainy season, it is at its highest intensity during winter and gets subdued in spring.

`Kapha’ dosha begins accumulation in the body during autumn, peaks during spring and recedes till it falls to its lowest intensity in summer.

Thus depending upon the level of the three doshas that could be expected in a person of a given prakriti, he should regulate his diet and other living habits for maintaining good health. A `pitta’ prakriti person should avoid `pitta’ increasing diet and other lifestyle during winter. Similarly a `Vata’ prakriti person would have to take extra care of his diet and avoid taking `Vata’ increasing foods and also avoid other `Vata’ vitiating lifestyle during the rainy season. So it is with other prakriti types.

The divine Science of Ayurveda is philosophically so rich that it gives a clear exposition of the effects of different seasons and also the local diurnal weather changes on health. No other known system of medicine can lay claim to it.