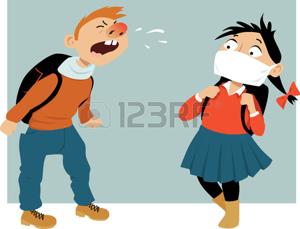 Ayurvedic treatment of Diseases of the Respiratory Organs

Diseases of the Respiratory Organs

When we talk of disease of the Respiratory organs, we connote diseases which manifest themselves in symptoms located at the nose, larynx, trachea, lungs or sinuses which are the skull cavities connected to the nose. In this blog,  an account will be rendered of the various acute and chronic diseases of the respiratory organs covering their etiology and holistic treatment.

Ayurvedic treatment of Colds/ Influenza / Viral Fever – There is hardly anyone who may not have suffered from seasonal Influenza or Viral fever. The fever which is viral in origin and usually strikes during change of season may be in the form of cold or flu and also dry types not accompanied by watery or phlegmatic discharge. Whatever form it may take, it remains very distressing and irritating ailment. The most problematic aspect of this ailment is that it has no cure in the modern Allopathic treatment. Allopathic physicians even to this day concede that cold, if treated takes seven days to cure; without treatment it get well within a week. That nasty virus which is supposed to be cause of this irritating disease defies every chemotherapic treatment. The causes in the Allopathic school are infection through air or water and allergy.The disease is one of the commonest and most trivial but saps one’s strength, energy and vitality and, most important, time. In this fast paced modern life, time is the most precious commodity. And an attack of cold eats away one full week of your valuable time. Antipyretic, analgesic and anti-histamine (anti -allergic) drugs are freely employed in cold and influenza and also viral fever in general. But these drugs act only as symptom suppressors. They are not without adverse side effects on the liver and blood. Most importantly, they cannot prevent recurrence of attack during subsequent period of season – change. There are people who suffer at every change of season, with the result that they have attacks of cold and influenza at least three times a year.

What can be done to prevent the frequent onset of cold and viral influenza? And if it occurs, what can be done to mitigate its symptoms and duration without producing any adverse side effects? Let us see what answer is available in other schools of medicine, especially Ayurveda.

Naturopathy would suggest fasting till the cold is gone. The required duration of fasting may be upto two or three days depending upon severity. Along with fasting is suggested intake of warm water. This kind of treatment, though extremely effective, is difficult to carry out for the average person. Homoeopathy has a number of different types of drugs which are prescribed according to individual symptoms. In practice, Homoeopathic treatment is hardly found to be effective in cases of colds and flu.

As per Ayurveda, cold and influenza result from sudden changes of temperature and from dietary errors. Accumulation of body humours in excess of their normal levels results in episodes of colds and influenza which are really attempts of the body to rid itself of the excess humours or doshas. Therefore, intake of food which is not in accordance with one’s constitution or prakriti’ is the chief cause of colds and influenza as also the seasonal viral fever. Ayurvedic prescriptions for preventing and treating these ailments are outlined below:

Many types of excellent herbal formulations are available in Ayurveda texts which are very efficacious in cases of colds and influenza. Once the basic humour which had risen is controlled by such herbal decoctions, the course of the disease is cut short and the patient gets total relief with in 2 to 3 days. There may, however, be episodes of colds and influenza in which there is very high fever of the range of 104 to 105 degrees F. In case fever is within 100 degrees F during the acute attack, herbal drugs need not be supplemented, with antipyretics. However if fever is higher than that level, it is prudent to give antipyretics to the patient so that fever can be brought down.

Ayurvedic treatment of Chronic Catarrh – Something has already been said about common cold of the acute, self limiting type. But there is another variant of cold – the chronic catarrh. Chronic catarrh may be of several types. It can be in the form of rhinitis, sinusitis, bronchitis or laryngitis. In fact the various types of catarrh originate from the vitiation of one specific type of dosha-kapha, vata or pitta. Chronic catarrh of the kapha type is attended by plain discharge of mucous or phlegm in large quantities. The discharge is not purulent and there is no pain in any region or the body. This type of catarrh is because of preponderance of kapha dosha in kapha prakriti persons. The patient has to expel frequently large amounts of phlegm from his nose or mouth. The best treatment of this condition is to correct the disorder of kapha dosha by the following lifestyle measures.

Ayurvedic treatment of Sinusitis– Sinusitis is a very irritating, annoying and a common condition afflicting especially the tropical population. There is inflammation of one or more of the sinuses (frontal, ethmoidal, posterior nasal or maxillary sinuses) accompanied with muco – purulent discharge. Pain and tenderness of the portions of the skull are the other concomitant symptoms. Congestion of the sinus cavities gives rise to feeling of great uneasiness and, more often than not, fever exists as an additional symptom. Many people have acute attacks of sinusitis at almost every season change. Many others suffer from some of these problems round the year. Allopathy unfortunately has little to offer by way of an effective curative treatment for this disease. The first thing that an ENT specialist would ask the patient is to have an X-ray of the sinuses and perhaps also an X-ray of the chest. Antibiotics prescribed for sinus affections are hardly effective. Many times, the Doctor performs puncture of the inflamed sinus and drains out the blocked muco-pus. But this provides only temporary relief. The disease tends to recur after a few weeks or months of fresh dietary and lifestyle indiscretion. This disease has become so common that fully 10% of the adults suffer from it. What then is the proper and lasting curative treatment for sinusitis? The answer is suggested by the true cause which lies in errors of diet and life style.

Infection and pus formation in the sinus cavities really stems from vitiation of pitta. As such it is the pitta prakriti persons who are largely prone to it. Kapha prakriti persons rarely, if ever suffer from sinusitis of muco-pus variety. When pitta gets vitiated, it in turn vitiates other doshas – kapha and vata and the typical symptoms of the disease set in. The best treatment, therefore, lies in keeping the pitta in check. We recount the ways in which this is to be brought about

Ayurvedic treatment of Chronic catarrh or frequent colds of other variety

Cold / catarrh can also be due to vitiation of pitta and vata. In the pitta type of catarrh, there is discharge of yellow muco-pus from the nasal cavity. There may be dryness and crust formation in the nasal cavity. Nasal polyps may also occur when two doshas — pitta and vata get simultaneously disturbed. In the vata type of catarrh the catarrhal discharge is watery and thin. There is lot of sneezing. Vata type of catarrh can also involve the sinuses producing serve pain and inflammation although there may not be any accompanying purulent discharge. Pitta regulating regimen has already been outlined in the last para. Vata regulating regimen is again briefly indicated below for the benefit of those readers who suffer from the ailments under discussion.

Ayurvedic treatment of Nosebleed – Nosebleed occurs because of the vitiation of pitta. Nosebleed generally is not considered a very serious condition. In the event of nosebleed, the patient should be asked to lie down and a cold compress should be applied on his head. The head should be placed at a lower level than the feet. He should be asked to take in through nose iced water and avoid blowing his nose. In case this treatment fails to help, a few drops of the juice of onions or pomegranate flowers should be put into the nasal passage. In case of severe, unrestrained bleeding, hospitalization and surgical intervention are recommended.

Ayurvedic treatment of Cough – Cough is a symptom of an underlying ailment be it influenza, pharyngitis, tonsillitis, bronchitis or tuberculosis. It is considered to be an attempt of body to expel phlegm (kapha) or it can be ‘allergic’ in nature. Thus cough can be either dry i.e. not accompanied with expectoration or the other variant – one which is attended by expectoration. In a disease like tuberculosis, cough is marked by expectoration of phlegm mixed with blood.

In all cases cough is considered a symptom. Allopathic treatment of cough is characterized by administration of ‘anti-allergic’ expectorant. The medicine acts on the nerve centres that trigger mechanism of cough but does not strike at the root cause of cough – the underlying disease. Of course Allopathic treatment has standardized course for handling the underlying disease like tonsillitis, bronchitis or tuberculosis. If chronic, tonsillitis, bronchitis and pharyngitis often defy cure under antibiotic treatment. Only tuberculosis responds well to specific antibiotics and in conditions of tuberculosis, the best treatment is indeed, allopathic. But what of that nagging cough due to allergic bronchitis or due to frequent quinsy or throat affections? 

Ayurvedic treatment has much to offer. Some of the proven prescriptions for treating these conditions are given below. Most of these are home based remedies or treatments.